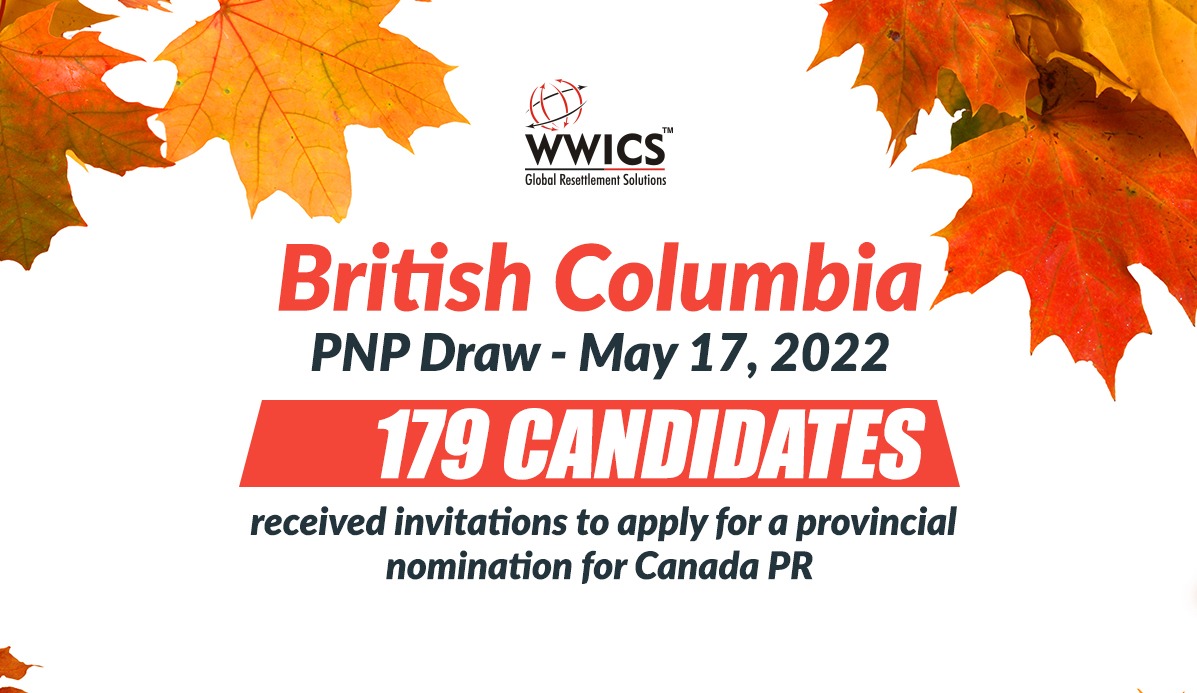 The Canadian province of British Columbia continues to invite immigration candidates to apply for a provincial nomination for the Canadians permanent residency (PR) through regular draws.

In new draws held on May 17, 2022, more than 175 BC immigration candidates received invitations from the British Columbia Provincial Nominee Program (BC PNP).

In the first general draw, BC PNP issued a total of 154 invitations to candidates through its Skilled Worker, International Graduate, Entry Level and Semi-Skilled streams. Candidates, who received invitations in this draw, needed a minimum provincial score between 77 and 123.

The BC PNP also conducted three separate occupation-specific draws and invited around 30 immigration candidates with experience in BC’s priority occupations – healthcare and early childhood educators. In all of these draws, the minimum provincial score requirement was 62.

After getting a nomination from BC PNP, successful immigration candidates can apply to Immigration, Refugees and Citizenship Canada (IRCC) for Canada PR for themselves and their eligible family members.

Check your eligibility for Canadian immigration under BC PNP!!

To find out if you’re eligible for immigration to Canada under BC PNP, simply complete our FREE ASSESSMENT FORM ! A member of the WWICS team will review your eligibility and contact you to discuss your options to immigrate to Canada!